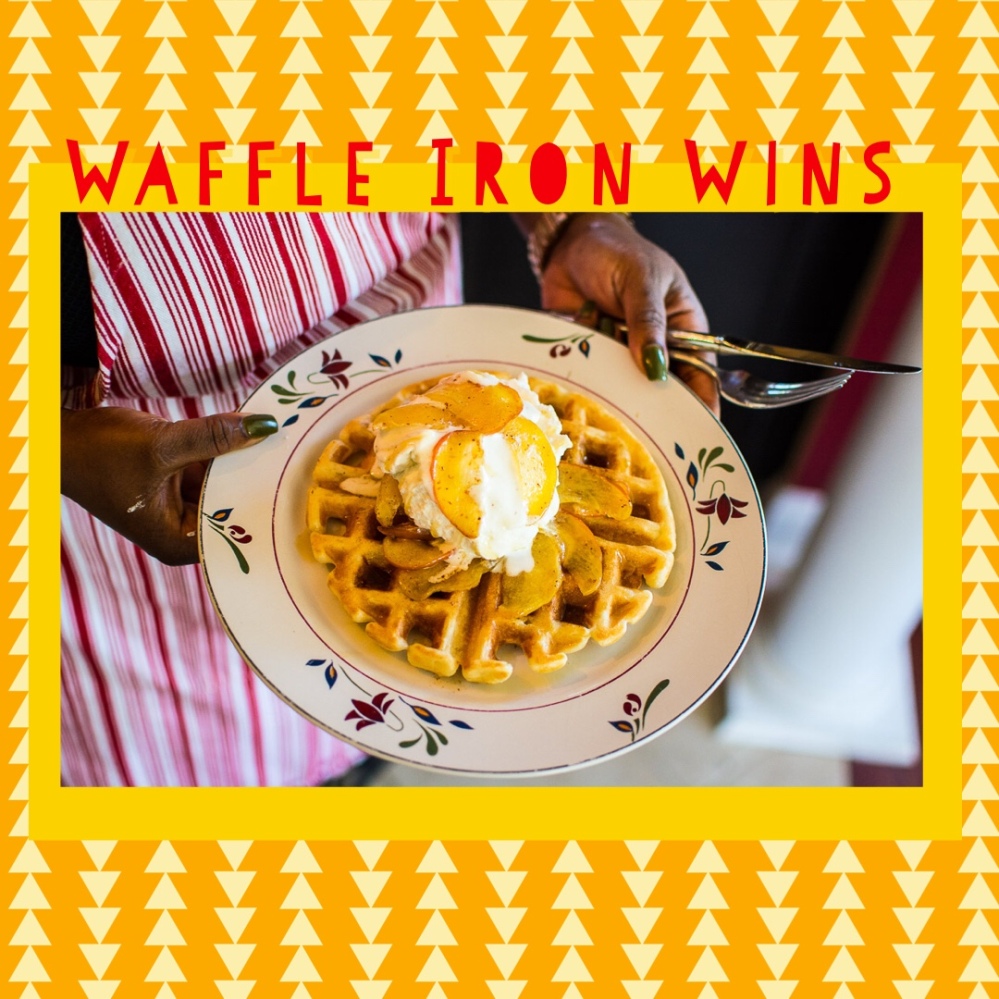 3 years ago I was gifted a waffle iron. I feigned excitement thinking to myself, “this hunk of gadget junk is just going to take up space in my cabinet”… then came the magical morning I first pulled out the waffle iron. My housemates lit up as I unboxed it. They went back and forth discussing topping options and the best consistency for batter. You would have thought I brought home a new tech gadget.

We whipped out a boxed batter and circled around the waffle iron for its first pour. A few minutes later we we topping our waffle baby with homemade whipped cream and a special honey from our still new collection of honeys from near and far. Perfection! The waffle was ever so slightly crisp on the outside yet light and fluffy on the inside.

While I don’t use the waffle iron very much, I know whenever I do it will be well received. It’s so simple but still meaningful. I had never imagined that a $10 waffle iron could create such special moments in our home. I guess that’s the power of food; no matter how simple the meal, when it’s made from the heart for the ones you love it’s more than a meal, it’s a memory to be cherished.

Never made your own homemade whipped cream? Let’s change that!

Put your cold heavy whipping cream in the bowl of your stand mixer.

With the whisk attachment in in place, turn on medium speed and allow to run for two minutes. It should have started to thicken.

Scrape down the sides of the bowl. Add a generous helping of honey, around a table spoon and a half. Kick it up to high speed for another two minutes.

Done! Be careful not to over whisk or you’ll end up with butter.

Want to really kick up your WOW Factor? Caramelize some apple slices in a skillet with cinnamon for the perfect fall addition. 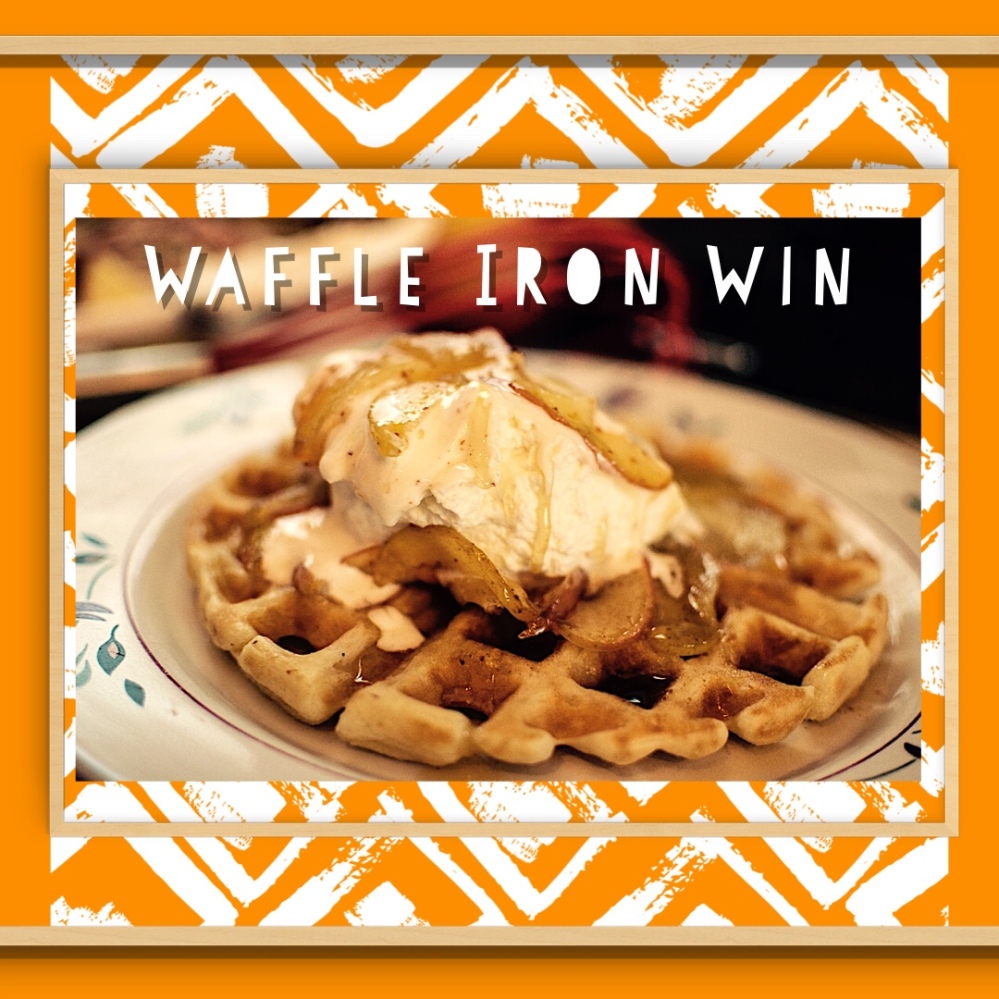 Let me know about your waffle wins in the comments below!!